Skip to Main Content
It looks like you're using Internet Explorer 11 or older. This website works best with modern browsers such as the latest versions of Chrome, Firefox, Safari, and Edge. If you continue with this browser, you may see unexpected results.

A guide to celebrate the 200th publishing anniversary of Mary Shelley's Frankenstein. 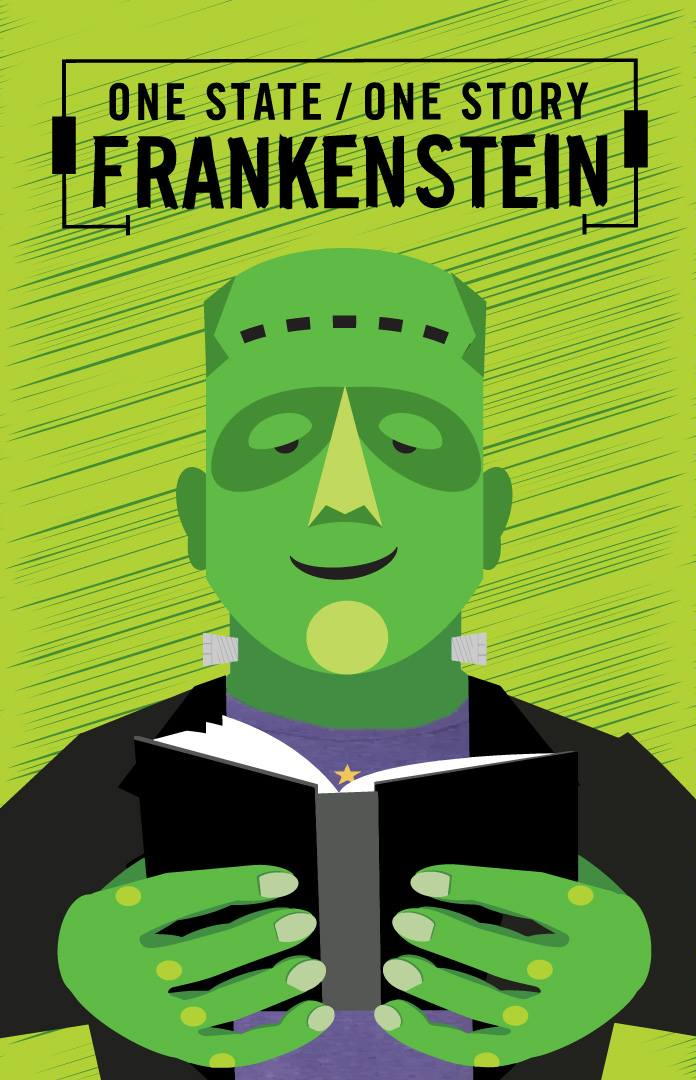 Frankenstein is a Gothic novel by Mary Shelley, published in 1818. She began writing it in 1816 while vacationing in Switzerland with a group of friends, including Percy Bysshe Shelley and Lord Byron.  Challenged to invent a ghost story, Mary created an enduring masterpiece.

Frankenstein, a student of natural philosophy in Geneva, builds a creature in the semblance of a man and gives it life. Possessed of unnatural strength, the creature inspires horror in those who see it but is miserably eager to be loved. The unhappy Frankenstein deserts the creature but is pursued to Chamonix, where he agrees to make a mate. However, a wave of remorse makes him destroy the female he has been constructing, and the creature swears revenge on his creator. He kills Frankenstein's bride on their wedding night. Frankenstein's father dies of grief, and the scientist's mind gives way. Eventually he recovers and sets out to destroy his creation. After a chase across the world, the two at last confront each other in the Arctic wastes. Frankenstein dies and the creature, mourning the loss of the man who gave him life, disappears into the frozen wilderness, hoping for his own annihilation.  [Synopsis from The Cambridge Guide to Literature in English.]

In this, the 200th anniversary year of the original publishing of Frankenstein, we take a new look at the classic tale and its relationship to contemporary culture.

Dr. Frankenstein shouted "It's Alive!" in the 1931 classic horror movie.  Today, when scientific and technological advances often collide with ethical considerations, we know that the themes in Frankenstein are still very much alive.  That makes this a good time for book discussions and programs that relate the ideas of the original story to our own modern society.

And, of course, the library has plenty of resources to help you dig a little deeper!